I think there could be a few ways to do this, even beyond what I mention below. Hopefully it might spur some ideas for your case.

Use a workflow for both as tasks 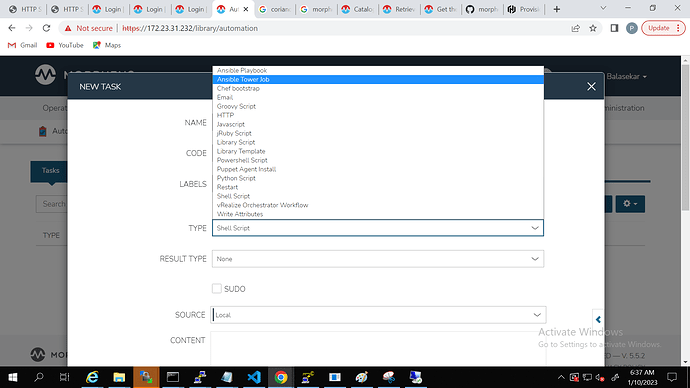 Checking your first suggestion “1.Use a workflow for both as tasks” , Tasks doesnot provide an option to use terraform blueprints or terraform based scripts , attached screenshot for reference

Sorry for the confusion @Paul_B. I was meaning that you can create tasks that calls the Create an App Morpheus API. That is, using one of the scripting languages there you can call the API with a JSON payload. Or you can use the HTTP task, which can be configured to call the API too. Tasks Documentation

Here is an example of what I would mean, using a Shell Script task running as local:

In the above example, I was using the morpheus-automation-examples I mentioned previously. You can use a task to Create an Instance via the API and also retrieve details of the instance, which can be passed to the Terraform task mentioned above.

On our API Docs page, you can build your queries and even try it: 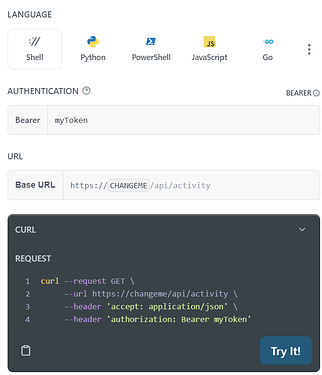